Of all the things Montana rancher Bryce Fontaine expected to find hiding in his hayloft, a disheveled, beauty with sensuous freckles and blazing red hair, was not one of them. The terrified, yet feisty girl was obviously running away from something. Bryce ignores his past demons and listens to the undeniable and unsuspecting pull of his heart toward Sophie. He takes charge of protecting Sophie from the man she claims murdered her family and is threatening to force her into a marriage bordering on sexual slavery. The love they find for each other proves to be stronger than the uncertainties of their future as they bind together to defeat the monster that pursues them. Surprises abound in this fast paced love story that will keep you spellbound until the last page.  Find out more + 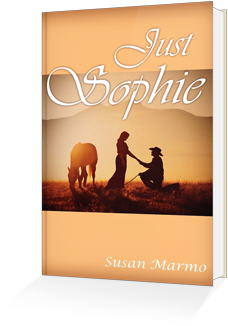 Charlie Watson, a capable Washington, DC executive, is put to the test when she is unexpectedly sent to Edinburgh, Scotland to organize the company’s newest branch. It doesn’t help matters when the Director is fired on her first day of work, and then cultural differences begin taking their toll. Charlie receives much-needed help after a chance meeting with a handsome, high-profile lawyer, Liam Marshall. Amid the chaos and confusion of trying to maintain order and production, Charlie uncovers discrepancies within the accounts and then files go missing. Realizing more is going on than meets the eye, she turns to Liam for help. As their unlikely romance heats up, Charlie discovers everything about Liam is not what it seems to be. Learning the truth throws her world into a tailspin.  Find out more + 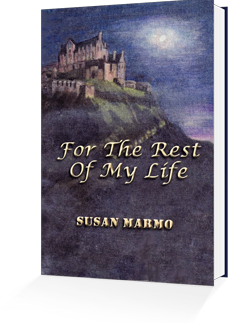 Susan Marmo started writing her first romance novel in 2005 in the front seat of a truck during a long journey down the East Coast of the United States. This novel, For the Rest of My Life, was published in 2008. Read More +